It is with great sadness that we tell you of the passing of Toni Douglass Geer. She was a founding member of KTO Productions, directed two of our shows (“The Weir” and “Sea Marks”), and wrote a piece for “[Boxed].” She will be remembered as a wonderful playwright, actor, mentor, dear friend and dynamite human being. Below is an excerpt from her director’s notes in the program for “The Weir” (2011). We will miss her.

“Fair warning: your hearts are not entirely safe for the next hour plus. We plan to make them sing and break them in two, but I believe you’ll be glad for it. Despite how our lives feel sometimes, we aren’t alone. Sure and I’m tellin’ ya, we’re all in this together.”

Five years ago today (Oct. 6, 2011), KTO Productions opened its production of “The Weir.” Since then we’ve produced “‘night mother,” “Sea Marks,” “Molly Sweeney” and “Love Song.” Co-produced “The 39 Steps” with Lamplight Productions, and “Alcestis” with Irrational Robot Bureau, and participated in [Boxed.] with several other companies.

Many thanks to all the artists who have given their time and talent over the years. We can’t wait to see what’s next! #KTOProductions #TBT

The cast of KTO Productions staging of “The Weir.” Photo by MICHAEL BRUNK

The cast of KTO Productions staging of “‘night mother.” Photo by MICHAEL BRUNK

The cast of KTO Productions staging of “Sea Marks.” Photo by MICHAEL BRUNK

The cast of Lamplight Productions’ “The 39 Steps.” 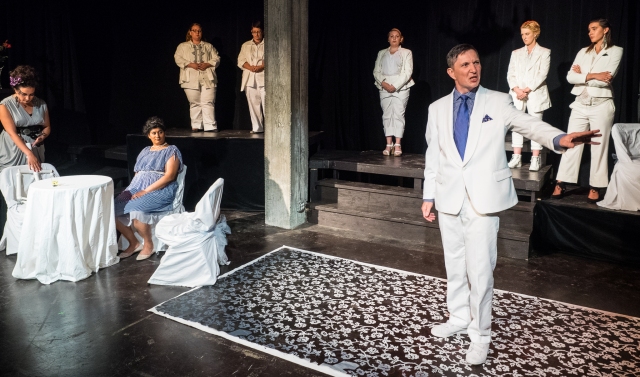 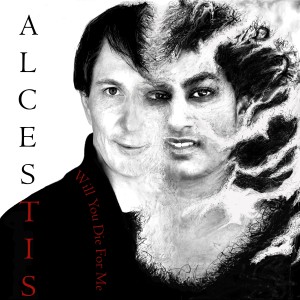 The ancient play enacts the myth of Admetus and Alcestis, King and Queen of Pherae, who become participants in the dealings of deities and, consequently, are emblazoned by the divine fire.

With the aid of a powerful god, the King is granted the ability to circumvent Death’s designs on him… but only if another will offer up his or her own mortal existence. When no one else can be found, the Queen Alcestis steps forward, thereby igniting the flames of a passionate struggle for identity, soul, ecstasy and agency… and for the assurance of choosing how we live and how we die.

KTO is happy to partner with Lamplight Productions to bring you “The 39 Steps,” from the novel by John Buchan. Adapted by Patrick Barlow, from an original concept by Simon Corble and Nobby Dimon.

Thanks to all who came and shared “Love Song” with us.

“Building mousetraps has nothing to do with catching mice.”

Tickets are going fast for the final three performances of “Love Song” (Feb. 12-14). Do you have yours? Brown Paper Tickets

Everything you’ve heard is true.

Yes, our Monday, Feb. 8th performance of “Love Song” is sold out, but we will start a waiting list at the box office at 7:30 p.m.

There are tickets left for our final three performances (Feb. 12-14) at Brown Paper Tickets.

“A person can have you at gunpoint whether or not they have a gun.”

Tickets are still available for tonight’s performance of “Love Song”